Sorry, your browsers does not support this website.
Try to update it or use a modern one.

We are sorry but this website is not meant to be used on small screens or mobile devices.

3. The world around NATO today 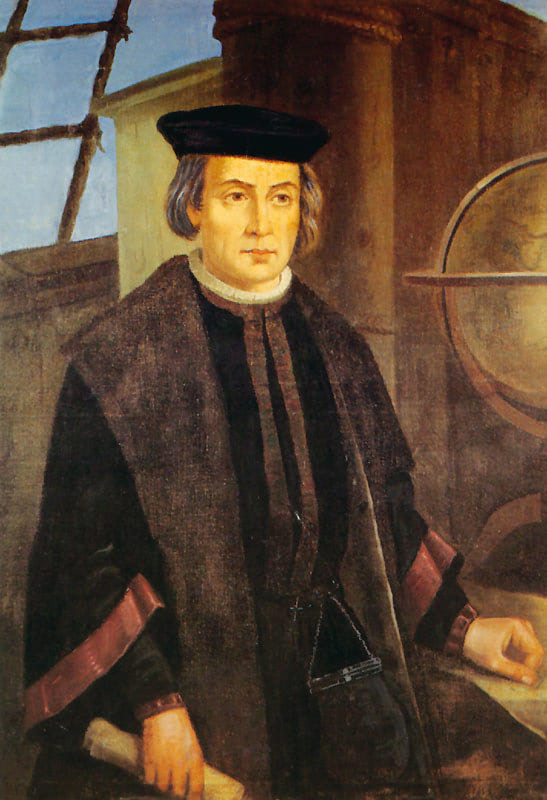 I say that the World is not as big as people think it is.

So wrote Christopher Columbus and there is nothing more useful than a map to understand what he meant, especially at a time when we all feel citizens of this world. This map shows how main global geopolitical dynamics intertwine and affect areas and regions around NATO countries.

Challenges
and opportunities
for global security

The inclusion of Western Balkans in the European project will remain a critical element for the stabilisation of the region. The violent dissolution of former Yugoslavia has brought conflicts and unrest which created tensions unsolved to this day. Will the undeniable progress made over the past few years lead to complete the Euro-Atlantic integration of the region?

The country has still to complete a stabilization and normalization process after the violent and bloody years of the civil war. Governance problems persist, made more serious by ethnic confrontations, religious tensions, and corruption issues.

The country’s politics swing between the old bonds with Russia and strong economic and cultural ties towards the European Union block. Serbia may soon come to a decisive point in its history where it will be vital to solving the dispute with Kosovo and, on the economic level, take full advantage of Chinese investments.

Kosovo, one of the youngest countries in the region and Europe, has been recognized by just over 100 United Nations countries. Its stability, development and credibility must be strengthened as these aspects combined pave the way to the normalization of relations with Serbia and with other countries in the region while opening doors for a stronger integration in the European process.

The nature of tensions among state and non-state actors along the Eastern Flank is rapidly evolving changing the shape of the main reginal issues that have the potential to threaten global security. The Donbass conflict in Eastern Ukraine, frozen conflicts, cyber-attacks, unconventional warfare tactics, various forms of terrorism are only a few of the challenges agitating this part of the world. Euro-Atlantic actors will need to adapt to this fast-changing scenario in order to face these challenges.

Russia is far from being able to compete with the US, Europe, or China – at least from an economic point of view. However, it remains a major global geopolitical actor, especially thanks to its military strength and its over 7,000 nuclear warheads. Putin’s ability to regain relevance on the international stage is capitalizing on this aspect. Russia’s presence in different conflict areas, the need to control long borders and Putin’s urge to attract attention on the international political arena is stretching Moscow’s resources while adding extra burdens to the country’s weak economy.

The Country continues to be under the heavy influence of Russia and is struggling to achieve a full democratization. The European Union is trying to strengthen ties with Minsk, also with the intention of involving Belarus in countering Moscow’s aggressive strategic posture in the region.

Russia’s illegitimate annexation of Crimea has left a deep scar in public opinion. Ukraine has a preferential dialogue channel with NATO and adhesion to the Alliance is strongly called for. The new political course the Country will take with Zelensky as president will be determining in understanding how relations with Kiev and Moscow will evolve, although the early signs are not conciliatory.

The main security challenge for the country is the long-standing conflict with neighbouring Azerbaijan over the control of the contested region of Nagorno-Karabakh. The country deteriorated relations with Turkey, considered responsible for the Armenian Genocide, contribute to fuelling tensions in one of the most complex geopolitical areas of the world: the Caucasus.

The country faces the necessity to diversify its economy and reduce its dependence on gas and oil exports. Besides the recent developments, in Nagorno-Karabakh, the conflict with Armenia will still represent a relevant issue for the country security and foreign policy.

Tensions with Russia have pushed the country towards the European Union and NATO. Two of Georgia’s regions, namely Abkhazia and Southern Ossetia, are under Russian military occupation. Despite the standing security issues, over the past few years, the country has made important progresses in the democratization process, economic growth, and the struggle against corruption.

When, after the end of the Cold War, the threat coming from the Russian influence in the area ended and relations between the US and Cuba started to improve, it seemed that Latin-America could no longer represent a threat to global security. Recent instability in some countries and the growing Chinese and Russian economic and political interests in the region are inverting this trend as geopolitical tensions rise again from the Caribbean to Patagonia.

East Asia is back under the limelight following the return of North Korea on the geopolitical scene and the increasing tensions related to the assertive Chinese posture in the South China Sea. What are the interests at stake for China, Russia, the US, Japan, and other regional actors competing for the control over one of the planet’s most strategic areas? And what are the real intentions of North Korean dictator Kim Jong-Un?

Thanks to its economic growth, China has become the most dynamic and active player in the world scenario. Although the country has to tackle dramatic issues at home caused by a rapidly ageing population and enormous inequalities in the distribution of wealth, Xi-Jinping has chosen to strengthen the presence of the country on international scenarios. The acquisition of vast portions of the African continent, new projects in competition with the West and the ambitious Belt and Road Initiative are only the main examples of China’s comeback on the international scene, which relies mainly on soft power. However, Beijing’s ambition to control strategic sections of the East and South China Sea and the forced and illegitimate annexation of islands that belong to other states in the area, show how China would not hesitate to resort to force to make its interests prevail.

Dictator Kim Jong Un seems to be pursuing a progressive social and economic reform of his country in order to make it more modern. He remains, however, unpredictable, and therefore an unreliable partner.

Normalizing relations between the two countries is President Moon’s priority. South Korea has chosen to do it without developing nuclear defences as this would have led to sanctions and consequent negative effects on the country’s export. The country’s responsible and peaceful stance could be linked to the fact that 30% of its population its Christian, a unique case in the Far East context.

Japan continues to play a major role in the East Asian sensitive geopolitical theatre by participating in dynamics that have China and the US as the main players, and Russia as an active observer.

Climate change is happening faster in the Far North than in other parts of the world, increasing the geostrategic relevance of the Arctic region. As the ice melts, new maritime routes open, making access to resources at sea and on land previously unthinkable, now available. With new interests at stake, regional and global powers are racing to the Arctic. This race is increasing geopolitical tensions and might have serious consequences on global geopolitical scenarios in the decades to come.

The great “Belt and Road Initiative” launched by China a few years ago, is now impacting on global economic and geopolitical dynamics and interests. Behind what appears to be an economic, soft power approach, hides an ambitious geopolitical project with the potential to facilitate Chinese hegemonic claims over the future world order.

The world geopolitical dynamics are changing due to a complex set of factors: economy, demographic trends, conflicts, terrorism, and climate change. All these lead to the exponential growth of migration flows between continents or even within single states, with millions of migrants registered by international institutions every year. How will these phenomena evolve in the near future remains an open question.

Terrorism is a complex phenomenon that has evolved its operating patterns adapting to changing geopolitical circumstances. Today, the international community has an urgent need to fight terrorism and is producing exceptional efforts to eradicate it. How can such an threat be addressed with a global approach in a world where economic, social, and religious divides seem to be widening rather than shrinking?

Does it make sense to speak of religious conflicts today? Persecutions and violence against ethnic-religious minorities are on the rise all over the world; respect for human rights and personal freedoms seems to be in danger as major international organisations struggle to address these issues. How can the international community find the courage required to take clear and efficient measures to protect religious freedom around the world?